Replay is all about Sprites. Sprites are similar to Components in React.

You can create a custom Sprite by passing an object into the makeSprite function:

The Sprite object passed into makeSprite must have a method called render. The return value of render - an array of Sprites - is what Replay will draw onto the screen. Here we're drawing a circle with the colour set in its props.

props are values other Sprites can pass into the Sprite - just like arguments of a function. They're read-only and should not be mutated.

t is used to generate a Texture, which is a type of Sprite. The t.circle Texture accepts two props: radius and color. We'll cover them in more detail in Textures next.

Although not required, it's convention to capitalise custom Sprite names (Player, not player).

The Player Sprite is a pure function of props. But we can create an interactive Sprite by adding state:

This Level Sprite has an init method which returns the initial state - a value playerX for the player's x position.

The loop method takes the current state and returns a new value for state. This is where we can write our game logic for interactive things (in this case we're increasing the player's x position). loop is called by Replay 60 times a second (we'll cover this more in Game Loop).

Just like props, state is also read-only. You should always return a new value of state and not mutate it, ensuring the loop method remains pure.

Lastly our render method takes our existing state and returns the Player Sprite:

Player (which we created above using makeSprite) is just a function we can call with its props:

When Sprites are positioned, the position is relative the anchor point, which is in the middle of the Sprite. You can then adjust this anchor point using the anchorX and anchorY props (see Common Props below). Game Size covers the coordinate system in more detail. 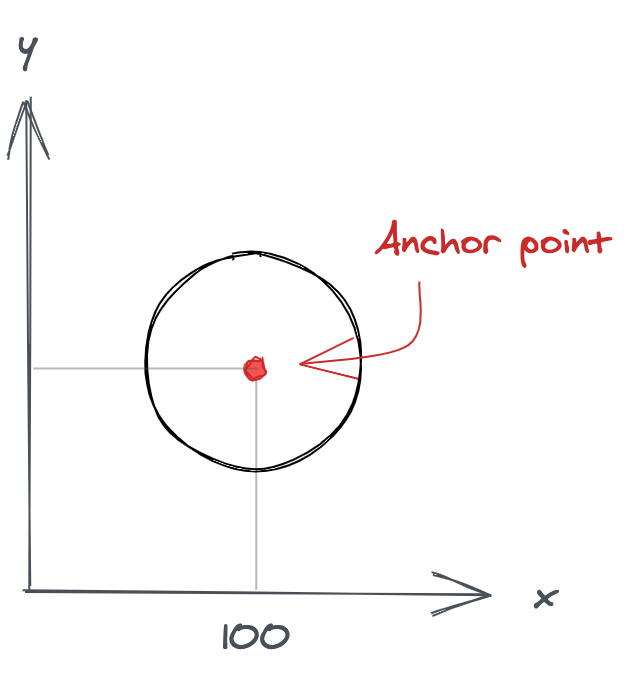 All Sprites can be given the following props:

Here's how you could combine anchorX and scaleX for a health bar effect:

Sprite methods are the fields of the object you pass into makeSprite. render is the only required Sprite method. init is required if your Sprite has state.

All Sprite methods have the following parameters:

Called on initial load of Sprite. Use this to run anything you need on setup. Returns the initial state.

Called every frame of the game. Put your game logic here. Returns the next frame's state.

Called when the device renders to screen. Returns an array of Sprites to render.

An alternative render method run if the device is in portrait. See Game Size for more.

An alternative render method run for large screens if the device is in portrait. See Game Size for more.

Called when Sprite is removed. Useful for cleaning up any external libraries stored in state.